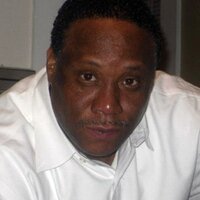 Please share a memory of Darryl to include in a keepsake book for family and friends.
View Tribute Book
Darryl Lee Williams was born in Stamford, CT on March 29, 1962 to Mamie Lee Williams and the late Henry Lee Williams. He passed away unexpectedly on January 16, 2023. From a young age Darryl was an avid sports lover. He enjoyed everything from basketball to baseball, and anything in between. He was an all around guy loved by all. Family meant everything to him. He loved family get-togethers, always bringing along his personal cooler and a bottle of hot sauce. It wasn’t a party unless he was there. He was most comfortably dressed in his famous sweatsuits. A music lover, he was the DJ at every event. Darryl attended Stamford public schools, graduating from J. M. Wright Tech in 1980 with a trade in Chemistry. He was a member of the basketball and track team. His memory will be treasured by his wife of thirty-one years Theresa A. Vines-Williams and their three children: Otis Vines, Brianna Williams, and Darius L. Williams. He leaves behind his beloved mother Mamie Williams and eight siblings Don Williams, Alvin Williams (Kenyetta), Theresa Williams, Stephanie Billingsbea (Brian), David Williams (Barbara), Rodney Whitley (Geraldine), Charles Bolden (Shirley), and Robert Tillman (Bridget). In addition to Uncle Lonnie Johnson, Aunts Virginia Johnson and Mattie Johnson. A devoted uncle he leaves behind a host of nieces, nephews, including Shacoya O’Banner, Gretchen Roh, Alvin “AJ” Williams, Jr., Alton Williams, Tyshon Williams (Kima), Charlise Sheppard (Jeffrey), Shante Vines, Kenneth Dubsose, Aniya Mullins, Kenya Dubose, Diamond Hogan, Angel Daniels, Marie Sheppard, Legend Vines, Shealynn Williams, Serenity Williams, and Tristian James Lynch. The type of person to keep friends for decades, he leaves behind lifelong friends, Kenny Smith, Cleveland Young, William “Rock” Newkirk, Johnnie “Pookie” Duncan, Lorna Lewis, Ogina Williams and Bennie Santiago. Cousins Brian “Keithy” Brown (Shamonè) Brown, Steven Brown, Lorraine Pratt (Hiram), Nikita Johnson, Shalita Johnson as well as extended family and cherished friends. Through his loving marriage to Theresa he leaves behind mother-in-law, Hattie Mae Vines, sister-in-law Heather Vines-DuBose (Kenneth), and brother-in-law Charles “Chuck” K. Vines, Jr. (Ionie). He was predeceased by his grandmother Josie Williams, aunt Mary Alice Doby, father-in-law Charles K. Vines, Sr., cousin John Williams and friend James “Jay” Burton. Funeral Services will be held on Tuesday, January 24, 2023 at 11:00 AM, Faith Tabernacle Missionary Baptist Church, 29 Grove Street, Stamford, CT. Family will receive friends from 9:00 AM until time of service at the church. Interment will take place at Riverside Cemetery, 81 Riverside Ave, Norwalk, CT. You are invited to view the celebration of the life of Darryl Lee Williams on Tuesday, January 24, 2023, @ 9:00 AM for the viewing and 11:00 AM for the funeral service. Please join the live-streamed celebration of life, by clicking the link below.
Tuesday
24
January

Share Your Memory of
Darryl
Upload Your Memory View All Memories
Be the first to upload a memory!
Share A Memory
Plant a Tree