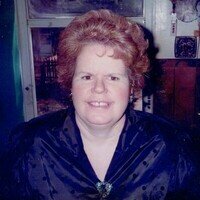 Please share a memory of Eleanor to include in a keepsake book for family and friends.
View Tribute Book
Eleanor Rider, 84 of Norwalk, CT passed away peacefully on January 20, 2023. She was the daughter of Michael and Catherine Nichols of Brooklyn, NY. Known to her friends as "Ellie", she was born in Brooklyn and raised in the Bronx, New York City. Eleanor began her career as a telephone operator handling long distance calls for The Bell System and she came to know a young man while making regular long-distance connections for him. Apparently, the "connection" was good, and Eleanor married Joseph B. Rider just a couple of years later! Together, they moved to Joseph's hometown of Norwalk, CT where they settled down to start a family. Eleanor was known for her dedication to her family. She was a devoted mother and grandmother and was deeply loved by her family and friends. She is survived by her daughter Patti, her son Kevin and his wife Cindy and by her son Jeffrey and Krys Marushak. She is also survived by her beloved loved grandchildren, Daniel and Kim. Eleanor's family will receive friends on Wednesday January 25 from 5 pm - 7pm at Raymond Funeral Home at 5 East Wall Street in Historic Norwalk. A funeral service will be held at St. Joseph Church at 85 South Main Street in South Norwalk on Thursday January 26th at 11am. Interment will follow on "Founders Hill" at Riverside Cemetery, 81 Riverside Avenue in Norwalk.
Thursday
26
January

Share Your Memory of
Eleanor
Upload Your Memory View All Memories
Be the first to upload a memory!
Share A Memory
Plant a Tree