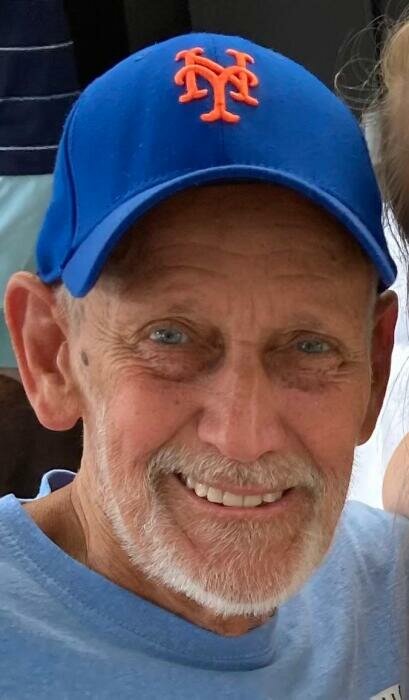 Please share a memory of Louis to include in a keepsake book for family and friends.
View Tribute Book
Louis V. Toth, beloved husband of the late Donna (Vella) Toth, passed away at St. Vincent’s Medical Center on January 5, 2023, he was 73. He was born on June 3, 1949 to Ellen (Broadhurst) Toth and the late Louis J. Toth. Lou was a native Norwalker and graduated from Brien McMahon High School class of 1967. Lou was founder and co-owner of New England Overhead Door Service beginning in the late eighties until his retirement. While in high school, one of his proudest accomplishments was being a part of the Brien McMahon High School baseball team and winning the Connecticut State Baseball Championship in 1966. Although Lou loved all sports, his passion for baseball far exceeded all others and he could often be found cheering on the New York Mets. More recently, he enjoyed NASCAR racing and drove all over the east coast to racetracks to cheer on his favorite driver, Chase Elliott. Lou’s bright blue eyes and wide smile brightened up any room he walked into. No matter what was going on in his life, Lou always found time to spend with his family and friends. He especially liked entertaining others and hosted many pool parties at his home. If the sun was out, you could find Lou at the beach working on his tan. He especially loved going to Aruba and created many memories there over the years with his family. In addition to his mother Ellen, Louis is survived by his daughter Kimberly Lima, his son Louis A. Toth (Autumn) and their mother Theresa Cyr. He also leaves behind his siblings; Danny Toth (Cathy), Paul Toth (Karen) and Linda Spero (Mark) as well as two cherished granddaughters; Ava and Lily Grabarz. Visiting hours will be held on Thursday January 12, 2023 from 4-7pm at the Magner Funeral Home 12 Mott Ave. Norwalk, CT. Funeral service and burial will be held privately.

Share Your Memory of
Louis
Upload Your Memory View All Memories
Be the first to upload a memory!
Share A Memory
Plant a Tree