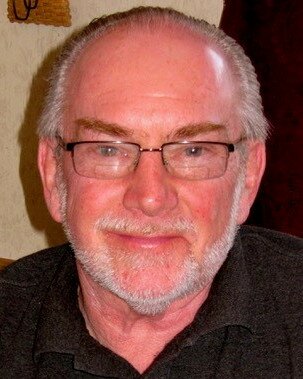 Please share a memory of John to include in a keepsake book for family and friends.
View Tribute Book
John W. Bird Jr., age 76, formerly of Decatur, IN and Trumbull and Milford, CT passed away at his home in Delray Beach, FL on December 14th, 2022, after a brief, but hard-fought battle with lung cancer. In his final days at home, he was surrounded by his loving family. John was a loving, generous, kind, caring man that lived his life as a faithful servant of God. He was affiliated with many churches throughout his life, served as a Deacon, led Bible studies and prayer chains and remained active in worship, attending church weekly. He raised his children in the church and always kept God at the center of his daily life. He was a proud friend of Bill W. He was a loving husband and his family was everything to him. He was a steady, strong family leader and was adored by his 6 siblings, 5 children, 6 grandchildren, 1 great-grandchild as well as many aunts, uncles, cousins, nieces, nephews, family members and friends. His quiet strength and soft caring demeanor touched many people throughout his life and he was well respected and admired by all that knew him. John was born in Decatur, IN on December 5th, 1946, the eldest of 7 children. He grew up in a farming community and shortly after graduating high school he left home to join the United States Air Force, where he served for 4 years. His service to his country took him to Japan and Vietnam, where he worked in intelligence and communications to support air missions during the Vietnam War. In 1967, he was awarded an Air Medal for participation in dangerous combat missions in Southeast Asia. He was later honorably discharged in 1970. He met his first loving wife Anne M. (Lepore) Bird to whom he was married for 23 years and lived in Connecticut where they had 3 children, Sheri, Cathy and Brian. When he returned from Vietnam, he started work at Nash Engineering, in Norwalk and later Trumbull, CT, as a computer engineer and later was promoted to Director. John worked at Nash Engineering for 37 years before retiring in 2005. After the passing of his first wife, he considered himself lucky enough to find another soulmate and love, Donna McKay O’Connor, to whom he was married for 30 years up to the date of his death. He assumed the role of father and together they raised her sons, Sheehan and Kyle. In 2005, he and Donna relocated to Highland Beach, Florida and later Delray Beach, FL. He became an Enrolled Agent Tax Advisor with H+R Block where he worked for 17 years serving and befriending his colleagues and clients, retiring only weeks prior to his death. He is preceded in death by his first wife, Anne M. (Lepore) Bird, his parents John W Bird, Sr. and Mildred E. (Deysenroth) Bird, his sister Patricia (Bird) Clem, sister-in-law Penny (Jordan) Bird, brother-in-law Dennis McKay and father-in-law Robert J McKay. He is survived by his wife Donna McKay O'Connor and their 5 children; daughter Sheri Barsoum of Delray Beach, FL, daughter Cathy Lee and partner Marty Katz of S. Weymouth, MA, son Brian Bird and wife Jeny of Seattle, WA, son Sheehan O’Connor and wife Tara of Stuttgart, Germany, and son Kyle Murphy of Boston, MA. His surviving siblings include brothers, Stewart Bird and wife Jo of Columbia City, IN, Steven Bird of Decatur, IN, and sisters Carol (Bird) Phillips and husband Curt of Decatur, IN, Lori Bird of Fort Wayne, IN and Penny Bird of Fort Wayne, IN, and brother-in-law Douglas McKay and wife Roxane of Wallingford, CT, brother-in-law George Steinfeld of Peyton, CO, brother-in-law Roy Lepore of Boston, MA, and sister-in-law Gail Robbins of Columbia, KY. His surviving grandchildren include Jacline Johnson, Jacob Barsoum, James Lee, Shannon Lee, Sarah Barsoum and Kennedy O’Connor as well as great-grandchild Noah Johnson. They will all remember him saying “Guess what? Grandpa loves you!”. His passing has left a void in our lives; however, his spirit will live on in us always. The family would like to thank the staff at Lynn Cancer Institute, especially Dr. Matthen Mathew as well as the crisis care team at Trustbridge Hospice for their care and support to him and our family. Calling hours will be at Cody White Funeral Home in Milford, CT on Tuesday December 27th from 3pm to 7pm. Memorial service will be at Orange Congregational Church in Orange, CT on Wednesday December 28th, 2022 at 11am, immediately followed by military honors outside the church, then procession to Riverside Cemetery in Norwalk, CT for interment. (PLEASE MEET DIRECTLY AT CHURCH) His family requests donations in lieu of flowers to the Connecticut Fallen Heroes Foundation in his honor.
Wednesday
28
December

Share Your Memory of
John
Upload Your Memory View All Memories
Be the first to upload a memory!
Share A Memory
Plant a Tree