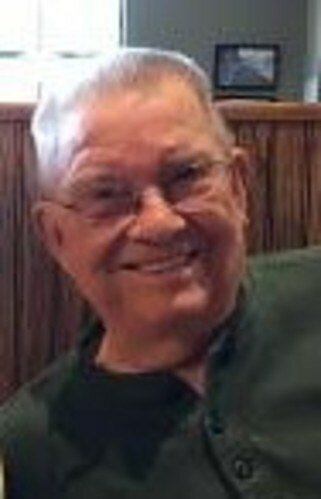 Please share a memory of Michael to include in a keepsake book for family and friends.
View Tribute Book
Michael F. Drasky left this world on December 21, after a lengthy illness. At his side was his loving wife, Jeanne and three daughters: Kathy, Patti and Sheila. Mike was a native Norwalker, having lived his entire life in South Norwalk. He was a Boy Scout, served in the U.S. Navy during the Korean War and completed a printing apprenticeship through J.M Wright Technical School. He worked as a pressman at O'Brien Press for 14 years, before becoming a mail carrier for the U.S. Post Office in South Norwalk. He delivered mail on various routes in South, East and West Norwalk for 30 years, before retiring in 1995. In addition to his beloved Jeanne, survivors include his three daughters: Kathy (Viki Forrest), Patti (Chris Schumacher), and Sheila (Pete DeLeo) and his four grandsons: Michael, Matthew, AJ and Danny. Mike has requested that donations be made to Whittingham Cancer Center, and particularly wants to thank the dedicated team of nurses whom he saw twice a week for the past 18 months. Professional, yet fun-loving, they made his final gig- life w/ MDS so much easier for he and Jeanne to navigate and endure. His family will receive friends on Thursday, December 29 at 11:30AM, at the Magner Funeral Home, 12 Mott Ave., Norwalk, with a service to begin at noon. Burial with military honors will follow at Riverside Cemetery.
Thursday
29
December

Share Your Memory of
Michael
Upload Your Memory View All Memories
Be the first to upload a memory!
Share A Memory
Plant a Tree