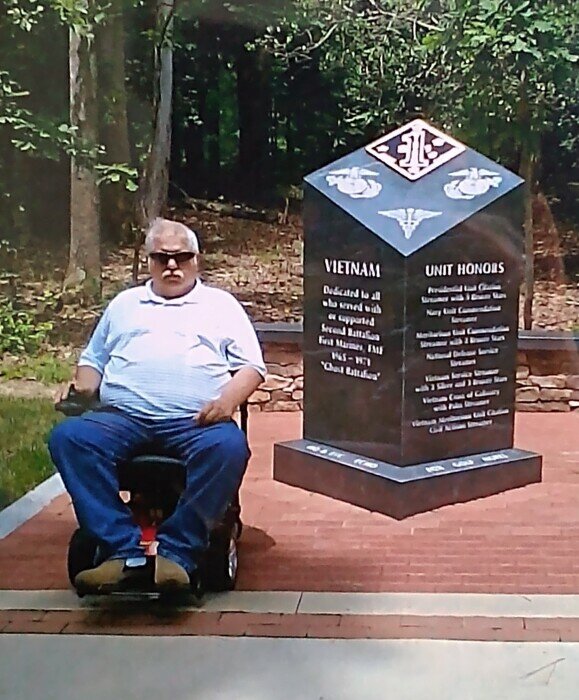 Please share a memory of Robert to include in a keepsake book for family and friends.
View Tribute Book
“Once a Marine, Always a Marine” Robert V. Owens, Jr. age 74 of Norwalk, passed away peacefully surrounded by family at Yale Hospital on Tuesday November 29. He was predeceased by his beloved wife Marge R. Owens of 48 years in 2016. Robert was born in Cleveland, Ohio on November 4, 1948, the son of the late Robert V. Owens, Sr. and Jacqueline Y. Gobozy. He is survived by his sons David Owens and his wife Lena, James Owens and his wife Kelly and his grandchildren Alyssa, Caitlin and Patrick Owens. He was predeceased by his son John Owens in 2001. He is also survived by his brother David M. Owens & his wife Dorothy and sisters Eileen Owens, Colleen Turner and husband Terence, Doreen Bonito and many beloved nieces, nephews and cousins. He was predeceased by his brothers Patrick F. Owens, Kevin L. Owens, Dennis C. Owens and brother in law Michael Bonito. He was a graduate of Nathan Hale Ray High in Moodus, CT and joined the Military soon afterward and retired honorably as a proud U.S. Marine with Courage and Commitment. He was a retired driver with Hocon Fuel. Robert was a gun enthusiast, Firearms Instructor, Sharp shooter and avid Fisherman. He enjoyed skeet shooting with his wife Marge and loved to travel in an R.V. across the U.S. He adored his grandchildren and spending time with family. Special thanks to the staff at DAVITA in Norwalk for their great care. A service for Robert will be held on Friday, December 16 at 10:00 a.m. at Christ Episcopal Church, 2 Emerson St., East Norwalk, CT 06855, followed by burial with military honors Riverside Cemetery. Memorial donations may be made to: Woundedwarriorproject.org
Friday
16
December

Share Your Memory of
Robert
Upload Your Memory View All Memories
Be the first to upload a memory!
Share A Memory
Plant a Tree