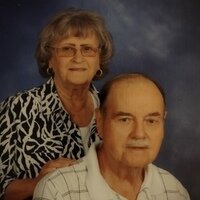 Please share a memory of John to include in a keepsake book for family and friends.
View Tribute Book
John Franklin McGarty, 85, husband of Sherry Richmond McGarty of Norwalk passed away on Friday, September 23, 2022. He was a retired firefighter for the City of Norwalk. John was also a 30 Year Member of the South Norwalk Boat Club. Born in Norwalk on January 20, 1937, he was the son of the late John and Molly Gallagher McGarty. He was preceded in death by sister Madeline Turzer, brother George McGarty. In addition to his wife of 65 years, John is survived by his sons, John (Carolyn) McGarty of Cartersville, Ga and James (Donna) McGarty of Norwalk, 7 grandchildren, 14 great grandchildren and 1 great great granchild. Sister Mary Nusom of Litchfield, Ct. The wake will be held on Tuesday, September 27, from 4:00 to 8:00 PM at Collins Funeral Home, 92 East Avenue, Norwalk. A Mass of Christian Burial will be celebrated on Wednesday, September 28, at 10:00 AM at St. Matthew Church, 216 Scribner Avenue, Norwalk. Burial will follow at Riverside Cemetery, 81 Riverside Avenue, Norwalk.
Wednesday
28
September

Share Your Memory of
John
Upload Your Memory View All Memories
Be the first to upload a memory!
Share A Memory
Plant a Tree