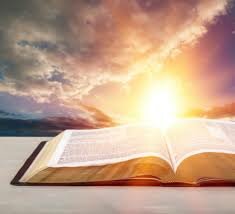 Please share a memory of Virginia to include in a keepsake book for family and friends.
View Tribute Book
Virginia Josephine Spencer, age 87, entered into eternal rest on Thursday, August 4, 2022, in her home. A daughter, Sylvia R. Butler; two sons—Larry E. Donald and John R. Reid; two brothers—James Samuel Donald, Jr., James (Mookie) Donald and special brother Benjamin (Benny) Crosby predeceased her. Born December 17, 1934 in Salisbury, North Carolina, she was the daughter of the late James Samuel Donald, Sr and Annie Leslie Reid Donald. She attended J.C. Price High School in Salisbury, North Carolina, prior to relocating to Norwalk, Connecticut. Upon moving to Norwalk, Connecticut, she gained employment at Hall Brooke Hospital, Westport, Connecticut and worked for 27 years prior to her retirement. Finding great joy in praising God, Virginia joined Bethel AME Church in the fifty’s under the pastorate of Rev. Bagby. Faithful and committed, she was a member of the Morning Inspirational Choir. Virginia was a member the Rose of Sharon Temple #1170 where she participated in the 50th Anniversary as well as serving as the Daughter Ruler for many years. She was also known for her loyalty and service to Lincoln Council #38. She served as Worthy Matron of Deborah Chapter No. 21 OES, State of Connecticut as a Star Point from 2008 – 2010. Past Matron Spencer was currently a member of Dorcas Chapter No. 14, OES, Stamford, Connecticut. All who knew Virginia, understood her love for her children, grandchildren, and great grandchildren. She was at all times praising God for His goodness. Those left to cherish her memory: five sons—Roger Donald of Stratford, Connecticut; Michael (Andrea) Reid, of Philadelphia, Pennsylvania; Ronnie Reid of Bridgeport, Connecticut; David (Marilyn) Donald of Seymour, Connecticut; Alan (Darlene) Donald of Bridgeport, Connecticut; a daughter—Marquita (Edward) Ponder of Manchester, Connecticut; 26 grandchildren, 27 great grandchildren; a sister—Valerie Springs of Brooklyn, New York; a brother—Robert Springs of Long Island, New York; nieces, nephews, and a host of other relatives and friends. Funeral Services will be held on Monday August 15, 2022 at 11:00 AM, Bethel AME Church, 19 Academy Street, Norwalk, CT. Family will receive friends from 10:00 AM until time of the service at the church. Interment will take place at Riverside Cemetery.
Monday
15
August

Share Your Memory of
Virginia
Upload Your Memory View All Memories
Be the first to upload a memory!
Share A Memory
Plant a Tree