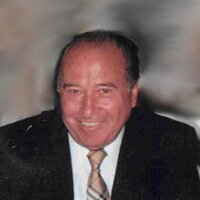 Please share a memory of Antonios to include in a keepsake book for family and friends.
View Tribute Book
Antonios “Tony” Koskerides, beloved husband of 62 years to Penelopi “Penny”, adored father, father-in-law, grandfather, uncle and friend, passed away peacefully at his home; surrounded by family, on Tuesday, July 26, 2022, at the age of 86. Born in 1936 in Anatoliko, Greece, Tony was the son of the late David and Emorfia Koskerides and brother to the late Kostas Koskerides and Sophia Psomiadis. Tony emigrated to the United States with his wife and two children in 1966. In 1968 Tony moved to Norwalk and together with his wife they opened Penny’s Diner in Norwalk. His passion for the restaurant industry showed in everything he did. A day did not go by that you didn’t see Tony at the diner even at 86 years old. Left to cherish his memory are his beloved wife Penny, his son David, daughter Lisa, son-in-law Kosmas and two grandchildren Katerina and Iordanis, sisters-in-law Aphrodite Kyreakides and Sophia Toromanides, loving cousins, nieces, nephews and extended family members. Family and friends may call on Thursday, July 28, from 5:00 to 8:00 PM at St. George Greek Orthodox Church. Funeral services will be held on Friday, July 29, at 10:00 AM at St. George Greek Orthodox Church. Burial will follow in Riverside Cemetery, 81 Riverside Avenue, Norwalk. In lieu of flowers memorial donations may be made to St. George Greek Orthodox Church, 238 West Rocks Road, Norwalk, CT 06851
Friday
29
July

Share Your Memory of
Antonios
Upload Your Memory View All Memories
Be the first to upload a memory!
Share A Memory
Plant a Tree