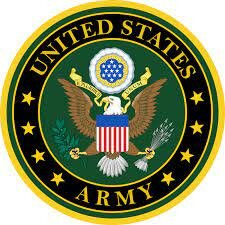 Please share a memory of Royal to include in a keepsake book for family and friends.
View Tribute Book
Royal R. Benedict, 93, of Norwalk, died on Wednesday, June 15, 2022 at Norwalk Hospital. Born in Norwalk, he was the son of the late Royal and Bertha (McNamee) Benedict and loving of husband of the late Margaret (Nolan) Benedict. He was predeceased by his two sons, Thomas and Scott "Chops" Benedict and his three sisters. He is survived by his son, John Benedict, and his wife Shirley, of Lynn MA and three grandsons, Andrew, Tyler and Zack. Royal was an Army veteran of World War II and 50 year member and past Commander of American Legion Post 12 in Norwalk. He and Marge attended many American Legion National Conventions across the country representing Post 12. Wherever they traveled, they always found a post to visit and made new friends. Royal enjoyed spending time at his camp in Benson, VT and also loved traveling New England to attend stock car races with friends and family. He was a retired truck driver and avid sportsman. Family and friends of Royal and Chops are invited to pay their respects, Wednesday, June 22 from 4-7 PM at Magner Funeral Home, 12 Mott Ave, Norwalk. Royal and his son Chops will be laid to rest together at 12:00 noon on Thursday June 23, at Riverside Cemetery, 81 Riverside Ave, Norwalk. A reception will be held at the American Legion Post 12, 60 County St., Norwalk, following the service at Riverside Cemetery.
Thursday
23
June

Share Your Memory of
Royal
Upload Your Memory View All Memories
Be the first to upload a memory!
Share A Memory
Plant a Tree