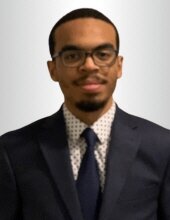 Please share a memory of Andhy to include in a keepsake book for family and friends.
View Tribute Book
Andhy Esteban Rodriguez Vasquez, 19, a resident of Norwalk Connecticut, left us unexpectedly and too soon on Tuesday, February 1, 2022 Andhy was born on March 25, 2002, in Santiago de los Caballeros, Dominican Republic, where he was raised in a home full of love, devotion, and inspiration. From a very young age, everyone who knew Andhy recognized and appreciated how joyful, affectionate, and gentle his soul was. As he grew, with the support of a loving and nurturing extended family, Andhy began to demonstrate a considerable aptitude for learning new things. This resulted in him being an excellent student, throughout elementary and middle school, achieving high academic honors ever year. Andhy also committed himself to learning English, capable of both reading and writing with great proficiency. In 2016, at the age of 14, Andhy immigrated to the United States and became a naturalized citizen. After arriving in his newly adopted country, and residing in Norwalk, he attended Brien McMahon High School, where he continued his education, made new friends, and immersed himself in American culture. Throughout high school, Andhy pursued the interests of an intellectually curious mind. He worked passionately to develop his English language skills, learned to play chess, enjoyed reading and began his journey to becoming a proficient computer programmer. Andhy also found the time to participate in extra circular activities and enjoyed life. While Andhy only played basketball for the school team his freshman year, he demonstrated an encyclopedic knowledge of the game and NBA history. In his leisure, he enjoyed playing board games and video games, spending time with friends, enjoying family movie night at home, exhibiting his “talent” for singing to anyone who would listen during karaoke sessions. Andhy was always ready to gain new experiences. He enjoyed traveling and visiting new places in his new country. He enjoyed music, with a fondness towards country and classic rock. He particularly enjoyed every occasion to dine out with his immediate family at some of his favorite local restaurants, never passing up an opportunity to enjoy sushi or a deep fried chimichangas (with no beans). Andhy was a first-year student of Computer Science and Engineering, and a member of the Video Game Club and Table Top Club. Andhy is survived by his mother “Luz”, younger sister “Amy”, younger brother “Cristopher”, grandmother “Lucy” and stepfather “Laurence”. He is also survived by his uncles “Julio” and “Angel”, and special recognition to his aunt “Gianilda” who help raise Andhy as her own son. Andhy was also blessed with the friendship and love of his many cousins, and his best friend “Kesner”.
Thursday
10
February

Share Your Memory of
Andhy
Upload Your Memory View All Memories
Be the first to upload a memory!
Share A Memory
Plant a Tree