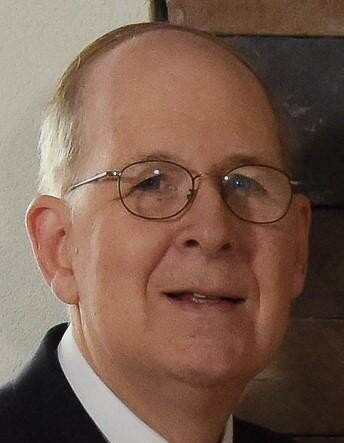 Please share a memory of Alan to include in a keepsake book for family and friends.
View Tribute Book
Alan Sands “Sandy” Duff Jr., age 73, of Southington CT, has entered into eternal rest and joined his beloved parents in the afterlife. Sandy was born on May 14th, 1948, the son of the late Alan Sr. and Olive Duff (née Wilmott) of Norwalk. He spent 30+ years working as a shipping facilitator at PerkinElmer Inc./ASML in Norwalk, CT. Sandy was a loving and dedicated family man, always putting first the needs of his nieces and nephews. He was a dedicated supporter of the Cheshire High School Boys’ Ice Hockey team, continuing to support the program long after his niece graduated from the school. Sandy had a tremendous love of watching any kind of racing, especially NASCAR and other stock car racing circuits, and was a longtime supporter of the New York professional sports teams, the Yankees, Giants and Rangers. Sandy is survived by two brothers: Scott Duff and his wife Jean of King George, VA, Jim Duff and his wife Jamie of Conway, SC, and a sister-in-law, Janice Duff (née Murphy) of Somers, CT. Other survivors include his nephews: Jim Duff, Jr. of Springfield, MA, Christopher Duff and his wife Melinda and their children Caleb and Tanyon of Somers, CT, Michael Duff and his wife Jennifer and their children Paul, Lucas, Lily, and Jullianna of Somers, CT, and his nieces: Sandra Duff of Dahlgren VA, and Jenna Bowen (née Duff) and her husband Christopher of Seymour CT, as well as numerous cousins. There will be a private graveside service for immediate family at Riverside Cemetery in Norwalk CT, and a Celebration of Life at a date to be determined. In lieu of flowers, donations may be made to the Cheshire High School Boys’ Hockey Team via the Cheshire Hockey Parents’ Association (CHPA) to support the scholastic athletes he supported until his final days. Donations in his name can be made to: Cheshire Hockey Parents’ Association 555 Woodpond Road Cheshire, CT 06410
Monday
28
February

Share Your Memory of
Alan
Upload Your Memory View All Memories
Be the first to upload a memory!
Share A Memory
Plant a Tree