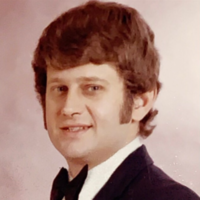 Please share a memory of Joseph to include in a keepsake book for family and friends.
View Tribute Book
Joseph Villani, 81, of Norwalk Connecticut died peacefully in his home in Norwalk, CT on Tuesday, December 28th 2021. He had recently celebrated a fun Christmas Day with his family. Joseph was born on December 9th, 1940, in Bronx NY to Anthony and Anna Villani. Raised in NY and doted on by his maternal aunties Lena and Tessie until the family moved to NJ. The family settled in Cresskill, NJ, where he would live and serve in various public roles for most of his life. Joseph graduated from Fairleigh Dickenson University and obtained a Master’s Degree in Finance from Seton Hall University. He served 6 years in the United States Air force Reserve with active duty in NJ, Texas, Massachusetts and South Carolina. He served 12 years in elective office as a Councilman for the Borough of Cresskill NJ, winning his first term in 1967 and was honored with one term as council president. Joseph enjoyed a long career as a financial manager with over 30 years of professional experience. His first job out of college was with Ernst & Ernst (now known as Ernst & Young); one of the world’s largest CPA firms. For 10 years he was the Chief Financial Officer of an international company. Always sporting a suit, he traveled all over the United States, many countries in Europe and as far away as Australia. Over the years, he relished in telling his family many stories of the people he met all over the world. Beyond his political and traveling hobbies, he loved being a dad and on the weekend would often would take his kids to the movies, the roller rink, out for long drives or over to Rickel in Bergenfield for an afternoon of “home improvement” - always bringing change so they could ride the carousel out front. He was an early adopter of technology and dove for the newest gadgets from places like Radio Shack. He proudly was the first on the block to own a VCR, a personal computer and microwave. He loved photography and making home movies throughout the 70’s and 80’s - first on an 8mm camera, followed by an early, heavy version of a camcorder. (Sometimes telling passersby that he was Stephen Spielberg shooting a movie. No reports of him actually fooling anyone with that line). His passions were community theater and karaoke. A significant car accident and brain injury in 1998 couldn’t sideline him - he subsequently performed in many local productions including “Damn Yankees” and “West Side Story” before moving to CT in 2011. Joseph fell in love with his adopted city of Norwalk - specifically, the beaches, bustling entertainment and thriving senior community. He served on the Members Council of the Norwalk Senior Center for 8 years and was the Center’s biggest advocate. He met so many new friends here who knew him as “CJ” or “Curly Joe” and he was a regular face in the community. Most of all, he loved being close to his grandchildren. Survived by wife & friend of 50 years, Christine Villani of CT, son Randy Villani of NJ, daughter Jill Arvanitis of CT, her husband George, grandchildren Isabella and Andrew, son Dean Villani of NJ, son Kenneth Villani of Thailand, grandson Jasan. While he had no pets, he was smitten with Jill’s Schnauzer-mix Scotty, who was equally smitten in return. A wake will be held Thursday, December 30, 2021 from 4:00 PM to 7:00 PM at the Raymond Funeral Home in Historic Norwalk, 5 E Wall Street. A funeral service will be celebrated at the funeral home Friday, December 31, 2021 at 11:00 AM followed by a funeral procession to the Riverside Cemetery, 81 Riverside Ave Norwalk, CT. Celebrations of his life will be planned for next year given rising Covid cases locally. In lieu of flowers, please send donations to the Norwalk Senior Center, 11 Allen Road, Norwalk CT 06851. To send a flower arrangement or to plant trees in memory of Joseph L Villani, please click here to visit our Sympathy Store.