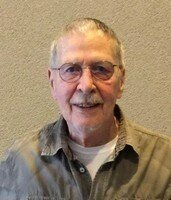 Please share a memory of Dennis to include in a keepsake book for family and friends.
View Tribute Book
Dennis C. Williams, 79, a lifetime resident of Norwalk, CT passed away peacefully on November 18, 2021. The son of the late Charles A. Williams and Mary Veronica (Gulyas) Williams. Dennis is survived by his four children Kimberly A. Williams, Dennis T. Williams and his wife (Caroline), Lee C. Williams and Jennifer L. Williams as well as two brothers Paul A. Williams and his wife (Paulette) of Ridgefield, CT and Charles A. Williams and his wife (Janet) of Norwalk, CT. In addition, Dennis is survived by his three grandchildren. Kristina M. Frattaroli, Daniel C. Frattaroli and Jesse T. H. Williams and his nieces Teisha Gustafson; Diana Casey; Sarah Duffy; Amy Schwartz. Born and raised in Norwalk, CT his entire life, Dennis graduated from Norwalk High School Class of 1960 and Bridgeport Engineering Institute with a bachelor’s degree in Electrical Engineering graduating Summa Cum Laude. He spent most of his career at Burndy Corporation before retiring from Bic Corporation in 2008. He was a member of who’s who engineering graduates in 1972. Dennis enjoyed aviation and spending time with his family.

Share Your Memory of
Dennis
Upload Your Memory View All Memories
Be the first to upload a memory!
Share A Memory
Plant a Tree