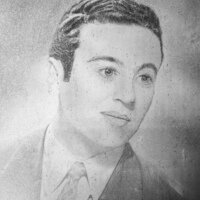 Please share a memory of Panagiotis to include in a keepsake book for family and friends.
View Tribute Book
Panagiotis Papoutsidis, born July 17, 1929 passed away on Dec 6, 2021 peacefully at home with his family beside him. Born to Pavlos & Maria Papoutsidis in Russia, he moved to Greece when he was very young. Graduating medical school in 1962, he started work as a General Practitioner in Greece. While working in Greece, he met the love of his life, Sonia, and they were married in Thessaloniki in 1964. Together, with their son, they came to the United States in the late 1960’s, all becoming citizens by 1970. Their daughter was welcomed into their lives in the early 1970’s and they all settled here in Norwalk, CT. Panagiotis learned the English language and started taking courses to obtain his license to practice in the United States. He finally achieved his goal and completed his residency at Norwalk Hospital and worked there for a few years. He leaves behind his wife, Sonia, his son Paul, daughter-in-law Katrina, and his daughter Maria. A wake will be held at Collins Funeral Home – 92 East Avenue; Norwalk, CT 06851 on Thursday, December 9thfrom 6-8 PM. Services will be held on Friday, December 10that 10:00 AM - St. George Greek Orthodox Church, 238 West Rocks Road, Norwalk, CT 06851
Friday
10
December

Share Your Memory of
Panagiotis
Upload Your Memory View All Memories
Be the first to upload a memory!
Share A Memory
Plant a Tree