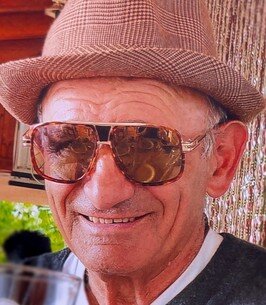 Please share a memory of Tommy to include in a keepsake book for family and friends.
View Tribute Book
Tommy Toromanides, age 83, of Easton peacefully entered into rest surrounded by his loving family in his home on Friday October 8, 2021. He was the devoted husband of 61 years to Sophie (Kyreakedes) Toromanides. He was born in Spelia, Greece on February 2, 1938 the son of the late Dimetrios and Eleni (Kyreakedes) Toromanides. Tommy was a Manager for the Grand Union Supermarket for 44 years before his retirement. He loved reading, dancing, and spending time with his family. Besides his wife he is survived by his children George Toromanides, Christina Griffin and her husband Paul, and Elena Sandalidis and her husband Harry, his grandchildren Theo, Johnny his wife Xanthe, Yiota, Sophia, Soula, Litsa, Dimetri and his wife Dena, Christo, Tommy, Anna, Matthew, Violetta, Christo and Teddy, his great grandchildren Elaina, Kiki and George, and his sisters Afrodite Kyreakedes and Penny Koskerides, as well as several nieces and nephews. He was predeceased by his son Theodore Toromanides, and his brothers Theodore Toromanides and John Kyreakedes. Friends are invited to visit with his family on Tuesday October 12 from 8:30 AM to 9:30 AM in the St. George Greek Orthodox Church, 238 W Rocks Rd. Norwalk. His Funeral Mass will begin in the church at 9:30 AM. Burial will follow in Riverside Cemetery, Norwalk. Memorial contributions may be donated in Tommy’s honor to the Holy Trinity Greek Orthodox Church, 4070 Park Ave. Bridgeport, CT 06604.

Share Your Memory of
Tommy
Upload Your Memory View All Memories
Be the first to upload a memory!
Share A Memory
Plant a Tree