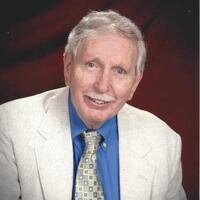 Obituary of Joseph B Rider

Please share a memory of Joseph to include in a keepsake book for family and friends.
View Tribute Book
Joseph B. Rider On Friday September 10, 2021, Joseph B. Rider passed away peacefully at his home surrounded by his loving family at the age of 87. He was the son of the late David S. Rider and Edna Q. Brown. A lifelong resident of Norwalk, Mr. Rider was born on January 27th just two weeks before the great blizzard of 1934. He began his professional life at WNEW Radio in New York. He went on to work in Connecticut for Barnes Engineering, U.S. Surgical Corp., Machlett Labs, the ABB Group and Cormetrics until his retirement in 1996. He was an active member in the Jaycee’s of Norwalk in the early 1970’s. Joseph was a member of St. Matthew Parish where he was a participant in the New Horizon’s group and served as an usher for services at the church. He was a proud Fourth Degree Knight in the Knights of Columbus at St. Matthew. Joseph was an avid music lover, particularly classical, jazz and Sinatra. He possessed the quintessential sweet tooth - his favorite treats being Mallomars and brownies, not to mention an occasional sip of Johnnie Walker Black. Joseph was predeceased by his beloved wife Josephine, his sister Bette Jean, and his brothers Richard and Robert. He is survived by his first wife Eleanor and their children Patricia, Kevin and his wife Cindy Kay, Jeffrey and Krystyna Marushak, and his grandchildren Daniel and Kimberly. He is also survived by stepchildren Stephanie Cenatiempo and Donald Sposta, step- grandchildren Christopher and Steven Cenatiempo, as well as many nieces, nephews, friends and family too numerous to mention but not forgotten. Calling hours will be at the Raymond Funeral Home at 5 East Wall St. in Historic Norwalk, CT on Wednesday, September 15th from 4-8 PM. A funeral Mass will be celebrated at 10AM on Thursday, September 16th at St. Matthew Church at 216 Scribner Avenue with burial to follow at Riverside Cemetery at 81 Riverside Avenue. In lieu of flowers, donations may be made in his memory to St. Matthew Church, the Salvation Army, or the Alzheimer’s Association. Please visit www.norwalkfh.com to leave an online condolence for the family. The Rider family wishes to express their profound gratitude to Joseph’s amazing caregivers Janet and Nathalie, the entire St. Matthew Church community and to his Brothers in The Knights of Columbus.