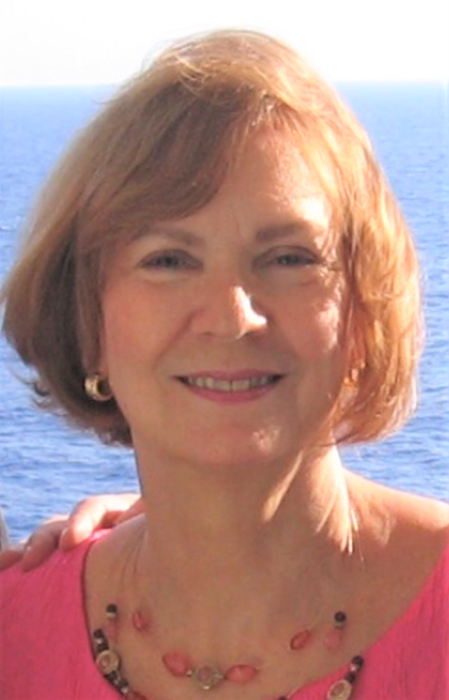 Please share a memory of Susan to include in a keepsake book for family and friends.
View Tribute Book
Nancy Jean (Schoettly) Zacarola, 75, formerly of Norwalk, CT, passed away at her home in Summerville, SC on December 3, 2020. Nancy’s children and sister were by her side as she peacefully crossed over to be with God after a long struggle with Lewy Body Dementia. Nancy was born on January 9, 1945 in East Orange, NJ, the daughter of Edward Schoettly and Alma (Hackett) Schoettly of Newark, NJ. Nancy grew up in various areas of northern New Jersey before graduating from Madison High School in 1963. After high school, Nancy graduated from the College of Saint Elizabeth School of Nursing and decided to specialize in neonatal nursing. Around the same time, Nancy’s sister Suzi urged her to get involved in a letter writing campaign to U.S. servicemen overseas. Nancy agreed, and began corresponding as a pen-pal with a young man named John Zacarola, who was stationed in Germany. When John returned home to Connecticut, he and Nancy finally met and immediately fell in love. Less than a year after meeting, John proposed marriage and Nancy accepted. They were married on October 14, 1967 and spent the next 49 years happily devoted to each other and to family. Nancy and John began their new life together in Norwalk, CT where Nancy was hired as a nurse in the Neonatal Intensive Care Unit (NICU) at Norwalk Hospital. Nancy gave birth to three children – John in 1970, Christine in 1971, and Patrick in 1976. She worked part time while raising the children, and eventually moved on to full time work as the children grew older. In 1995 Nancy was diagnosed with Acute Myelogenous Leukemia (AML) but was unable to receive a bone marrow transplant. She called on her strong Catholic faith and used prayer and meditation throughout several courses of chemotherapy. After having received Last Rites following complications, she miraculously recovered completely and was cancer-free for the rest of her life. Nancy loved her nursing career but was also devoted to her family and friends. She was known for her kind and caring ways, her gentle demeanor, and her sense of style and grace. She was always impeccably dressed, even if just running errands. Nancy enjoyed music, particularly the “oldies” of the 1950s and 1960s. She enjoyed crafts such as painting and ceramics, and had a keen eye for decorating. Every summer she and John spent several hours a week gardening together and working on the property. Nancy loved the beach and was a true sun worshiper. She traveled to Bermuda, the Bahamas, California, Italy, and throughout the Caribbean, but her favorite place for sun and sand was at the Jersey Shore – where she had spent summers in Lavallette, NJ as a child. Nancy looked forward to returning to the beach in Lavallette every summer with her children and eventually with her grandchildren. Nancy was preceded in death by her husband, John J. Zacarola and her son, John E. Zacarola. She is survived by her sister, Susan Schoettly of Summerville, SC; daughter, Christine (Zacarola) Healing of Summerville, SC; son, Patrick Zacarola of Roanoke, TX; and granddaughter Erin Healing and grandson John “Jack” Healing of Summerville, SC.
Friday
17
September

Share Your Memory of
Susan
Upload Your Memory View All Memories
Be the first to upload a memory!
Share A Memory
Plant a Tree