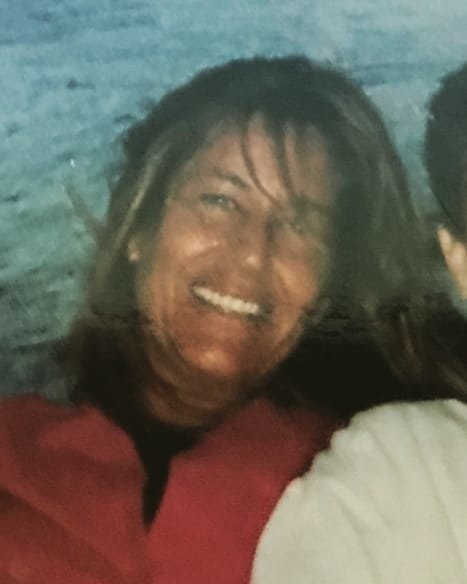 Please share a memory of Elizabeth to include in a keepsake book for family and friends.
View Tribute Book
Elizabeth “Liz” DeMatteo Falcone, age 65 of Stamford, formerly of New Canaan and Norwalk, died on April 28, 2021, after a bold and valiant fight against lung cancer. Liz was born in New Haven, CT on March 24, 1956, as the daughter of the late Gene Joseph DeMatteo and the late Kathleen Marie Zavatkay. She was preceded in death by her husband Frank E. Falcone. Liz was the mother of her loving daughter Alexandra R. Falcone and son Frank F. Falcone III. In addition to her children, she is survived by her sisters Cynthia Falconer (James), Robin DeMatteo (Elder Recinos), and Kendall Levan (Mark), brothers Gene DeMatteo (Wendy) and Kevin DeMatteo, and niece Jennifer DeMatteo. Liz was also preceded in death by her brother Randall DeMatteo. Liz attended Cheshire Academy in Cheshire, CT, St. Luke’s School in New Canaan, CT, and Foxcroft School (boarding school) in Middleburg, VA where she followed her passion of riding horses (graduating with class of ’74), and subsequently attended Pine Manor College in Chestnut Hill, MA. For many years, Liz worked for the law offices of Arthur Morin, Jr. in Stamford, CT where she was a dedicated employee and had many responsibilities. Prior to that, Liz perfected her impeccable fashion sense while working as a sales associate for luxury designer fashion stores such as Lord & Taylor and Saks Fifth Avenue. In addition to horseback riding, Liz enjoyed traveling when able and spending time with her children. She appreciated the finer things in life and made it a point to enjoy every minute she could with those she knew and loved. For those who had the pleasure of having met Liz, you were moved by her powerful optimistic attitude concerning whatever it was that troubled you. You would walk away with confidence and feel like you could take on the world and then some. Liz will lovingly be remembered for her optimistic attitude, beautiful and bright smile, fun laugh, and humble down-to-earth energy.

Share Your Memory of
Elizabeth
Upload Your Memory View All Memories
Be the first to upload a memory!
Share A Memory
Plant a Tree