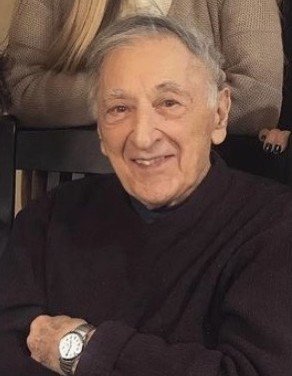 Please share a memory of Joseph to include in a keepsake book for family and friends.
View Tribute Book
Joseph P. Gilbertie, 91 of Norwalk, CT, died peacefully at home surrounded by family on Thursday February 18, 2021. He was the loving husband of the late June MacEachern Gilbertie for 67 years until her passing in 2016. Born in Norwalk on August 2, 1929, Joseph was the son of the late Antonio and Filimina (Vento) Gilbertie. Joseph attended Norwalk schools, served his country during the Korean War, and worked for many years as a carpenter. Throughout his life, Joseph enjoyed fishing and hunting with his family and friends, but most of all he loved spending time with the love of his life, June. Joseph is survived by his two sons, Wayne Gilbertie (his wife Donna) of Glastonbury and Mark Gilbertie (his wife Donna) of Guilford, his twin brother Albert Gilbertie his sister Virginia Barber as well as his 5 grandchildren and great granddaughter as well as many nieces and nephews. He was predeceased by his daughter Toni Van Valen, his brother Anthony Gilbertie, and his sister Celeste Kozar. Funeral services will be held at the Magner Funeral Home, 12 Mott Ave., Norwalk on Tuesday February 23 at 11AM. Burial will follow at Riverside Cemetery in Norwalk.