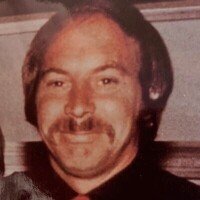 Please share a memory of Donald to include in a keepsake book for family and friends.
View Tribute Book
Donald Jay Morfoot, Jr., 76, husband of Christine Sperber Morfoot of Norwalk, passed away on Tuesday, December 8, 2020. Donald, son of the late Donald Sr. and Ann Wentz Morfoot, was born in Maryland on June 20, 1944. His wife Christine of 52 years survives Donald. They met in Philadelphia when Christine was 17 and Donald was 20. Until 1993 Donald served as a senior producer for NBC News in New York City. Prior to that he worked as a news producer at ABC News and CBS News. Until 2002 Donald worked as a consultant in Georgia, the former Soviet republic for an organization that seeks to foster independent media. Donald’s passions were his family, The New York Mets and keeping abreast of world news. In addition to his wife, Donald is also survived by his children; Jason Morfoot and his wife Leigh of Norwalk, Lauren Rubin and her husband Phil, of New York, NY, and Addie Kauffman and her husband Ross of Verona, NJ. Donald is also survived by his eight grandchildren; Max, Gus, Nate, Felix, Henry, Millie, Harry, and Izzy who were the light of his life. His sister Marion Pike also survives him. Donald was predeceased in life by his sister Donna Morfoot. Services for Donald will be held privately and he will be laid to rest at Riverside Cemetery in Norwalk.

Share Your Memory of
Donald
Upload Your Memory View All Memories
Be the first to upload a memory!
Share A Memory
Plant a Tree