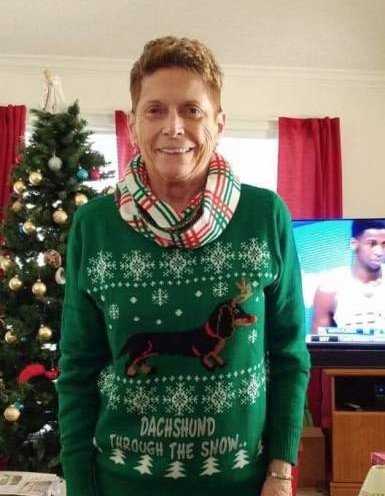 Please share a memory of Nancy to include in a keepsake book for family and friends.
View Tribute Book
Nancy Joyce Peat Thomson Downey, 84, of Fort Worth, Texas, died on November 22, 2020. She was born in Springfield, Massachusetts, on September 29, 1936, to the late Raymond and Phyllis (Lefleur) Peat, and lived in Fort Worth Texas with her husband Thomas Downey. She lived in Norwalk, CT many years before moving to Texas in 1997 with her late husband Walter Morrison Thomson who passed away in 1999. She was also predeceased by her grandson, Michael-Morrison Walter O’Shea. Nancy was employed with GTE/Verizon in Stamford, Ct; retired in early 2000. She was an active member of Christ Episcopal Church in Norwalk, Ct, and then St. Barnabas Anglican Church in Fort Worth, Texas. She was involved for a few years in Fort Worth Texas with the Welcome Home a Hero organization. She spent years involved with Widow and Widowers forum where she met her husband Thomas Downey. In addition to her husband Thomas, she is also survived by children; Andrew Stuart Thomson, Daughter in Law Gail Ann Seib Thomson and Sarah Elizabeth Thomson O’Shea, Son in Law Michael Patrick O'Shea, grandchildren; Andrew “Drew” Stuart Thomson, Jr, Drew's wife Ithamar “Izzy” Thomson, Travis “Bubba” Raymond Thomson, Peyton Nicole Thomson, Micaela Eileen O’Shea, Madaline “Maddie” Rose O’Shea, and Keelan Marie O’Shea, and her brother David Peat and his wife June, as well as nieces and nephews: Robin Peat Martin, Robin's husband Bruce Martin, Beth Peat Wamsley, Beth's husband Christopher Wamsley, David Peat, David's wife Christine Peat, Stephanie Peat Evers, and many great-nieces and nephews. Nancy had a love of dogs and adopted her dogs from a rescue in Texas. If anyone met Nancy she probably had something Dachshund on her. In her early years, she was involved in training dogs in the sport of tracking with her father and her late husband. In lieu of flowers, the family is requesting in Nancy’s honor donations be made to All Texas Dachshund Rescue (ATDR.org) where she adopted her beloved dogs (Jack, Gavin, Sugar) ATDR, P.O. Box 841336 Pearland, TX 77584

Share Your Memory of
Nancy
Upload Your Memory View All Memories
Be the first to upload a memory!
Share A Memory
Plant a Tree