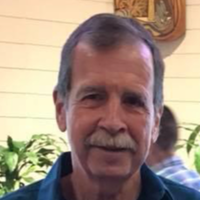 Please share a memory of Jeremiah to include in a keepsake book for family and friends.
View Tribute Book
Jeremiah Pierce Butler, 70, husband of Linda C. Butler of Norwalk, passed away unexpectedly on Tuesday, September 1, 2020 at Norwalk Hospital. Born July 29, 1950, in Greenwich, Connecticut, he was the son of the late Jerry Butler of Greenwich. He is survived by his Mom, Rose Butler, his wife Linda, his daughter Tara and her husband, Salvatore Mattera, Jr., daughter-in-law Lauren Mola, and three grandchildren, Madelyn, Sal, and Olivia of Norwalk. He is also survived by his brother Pierce Butler and his sister-in-law, Jody and by 5 nieces and nephews and 11 great-nieces and great-nephews. He was predeceased by his son, John. Jerry attended Greenwich High School, followed by a tour with the U.S. Army during the Vietnam War. Jerry worked for Pray Auto Body Shop in Stamford, M.B.I. in Norwalk, and retired from Bridgewater Associates, Westport, CT. After returning home from war, Jerry met the love of his life, Linda. This past August they celebrated their 45th wedding anniversary. Jerry loved being with family and helping with his 3 grandchildren. His greatest joy in life were his three grandchildren. Jerry was often seen at school pick up and taking his grandchildren on fun adventures. Some of Jerry’s interests included gardening and maintaining his pristine yard. His garden was famous to his family and close friends for harvesting the biggest, brightest pumpkins each year. He will be deeply missed by his family, friends, and all who knew him. Friends may call, Monday from 2:00 to 6:00 PM at Collins Funeral Home, 92 East Avenue, Norwalk. A Mass of Christian Burial will be celebrated on Tuesday at 11:00 AM in St. Jerome Church, 23 Half Mile Road, Norwalk, CT. Interment with full military honors will follow in Riverside Cemetery, 81 Riverside Avenue, Norwalk, CT.

Share Your Memory of
Jeremiah
Upload Your Memory View All Memories
Be the first to upload a memory!
Share A Memory
Plant a Tree